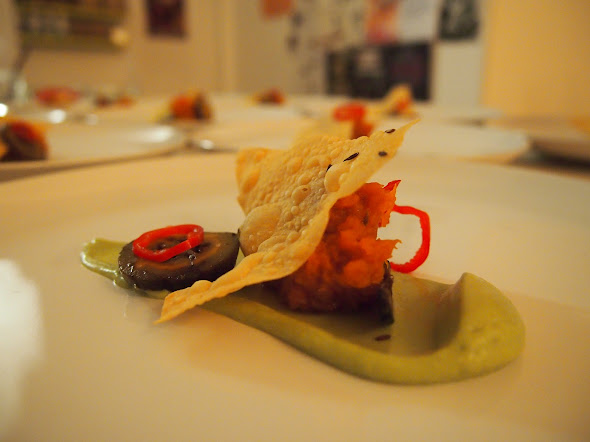 Adam Rawson is a protege of the inimitable Nuno Mendes of Viajante and Chiltern Firehouse fame. Adam spent two years under Mendes at the Michelin starred Viajante learning and crafting his individual culinary style. Adam has since cut his teeth at street food when he became head chef at Lucky Chip. He brought his seasonal and ingredient focussed style most recently to White Rabbit, Dalston as their head chef and is now working on a top secret project, to be revealed in January.

Never one to stand still, Adam is teaming up with Club Mexicana to create an ambitious plant based menu to  showcase flavour and versatility without the need for meat. He’s also a sucker for Mexican food, so it really is a match made in heaven!

Club Mexicana, featured in The London Evening Standard’s ‘Top 3 Tacos’ and #2 in Buzzfeed’s ‘21 London Street Foods That Will Change Your Life’, are famous for their scrumptious vegan tacos and burritos served every week at markets around London. Now, they are returning to their roots with another exciting pop up in Hackney, and this time, they’re doing it posh.

Supper Club Mexicana will be serving an incredible seven course tasting menu to bring you the best of British and Mexican in one delightful hit.

£40 plus booking fee for our seven course tasting menu.

£65 plus booking fee for our seven course tasting menu with wine pairing.

Locally brewed beers and wine by the glass and bottle will also be available to buy from the Club Mexicana bar.

Have a query about this event? Contact Club Mexicana