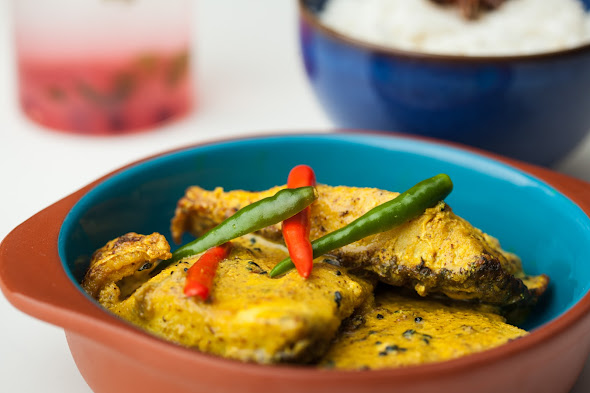 "Little Kolkata's supper clubs are about celebrating the true spirit of Calcutta and its culinary delights," says Prabir.

This supper club Machli (Hindi for fish) offers some of the most renowned Calcutta fish preperations. Calcutta's love for fish can only be compared to India's love for cricket.

They say - Calcutta’s are literally born to eat fish and rice.

The menu for this supper club is an eclectic choice of dishes from street food to Calcutta's heritage canteen recipes, to home made comfort food, to dishes inspired from the food offerings in Hindu temples. Calcutta is also called the sweetest part of India, hence the delicate choice of desserts will include use of date palm jaggery and saffron milk.

(This famous street food from Calcutta is light, fresh and gently spiced, usually eaten as an afternoon or early evening snack.)

This is a tribute to the city’s canteen culture that has been treasured for decades.

Prabir’s late grandfather was the head priest at Kalighat, a fifteen-century temple in Calcutta. This preparation was one of his culinary speciality.

This is an iconic Calcutta preparation. The recipe for this dish comes from Prabir’s great grandmother, who was also an ardent cook.

Calcutta is called the sweetest part of India. This classic delicacy is a gentle nod of gratitude and appreciation to Kolkata’s countless patisseries.

Authentic Calcutta desserts are always made with lots of love and sap from date fruit, which imparts a sweet earthy aroma and a melt in your mouth texture.

Have a query about this event? Contact Little Kolkata