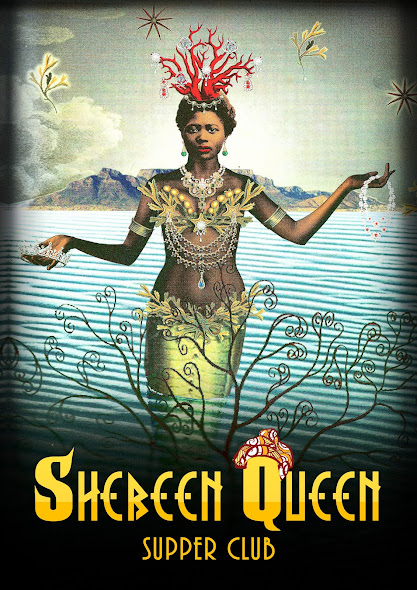 Following a launch described as 'A roaring success' by The South African newspaper,Shebeen Queen is delighted to host a South African Freedom Day celebratorySupperclub. In the spirit of Ubuntu* we are sharing the proceeds with Starfish foundation, an organisation who's ethos is to bring hope and opportunity to children orphaned and made vulnerable by HIV/AIDS in South Africa.

The festivities take place on the evenings of Friday 26 and Saturday 27th April, in London Fields, Hackney.


Summer braai menu 3 courses and 3 glasses of either red or white wine or Peroni beer.

Have a query about this event? Contact Shebeen Queen

Not that the food was bad, i've got to make that clear from the off. The flavours worked, the meal was tasty. But this still managed to be an unpleasant experience.

The host was mostly interested in networking around the room, telling anyone who crossed her path how she would like her catering business to take off and how the supperclub wasn't so far proving to be working out tremendously well. So far, so NMFP.

We gradually but steadily got the impression that the evening was about minimum effort, maximum profit. The focus was not on the customer experience (for yes, we are your customers, not your mates), nor on the food (this was essentially a bbq, nothing more, nothing less). For her, it seemed, this was about how we should all be supportive of her entrepreneurial efforts to make it in the harsh catering industry. The meal was incidental.

The venue was the host's flat, which was a street level loft. The door was ajar, presumably to ensure guests could find the place easily. But this was not a warm summer evening and there was no indication on the confirmation email we should dress warm for alfresco dining. The host was surprised when we asked the door to be shut as she was warm herself, she said, running around all day. Huh.

Then we waited. And waited. And waited. We were offered some wine. Then more waiting. The bbq outside on the street was only just being lit. 1.5 hours later, a plate of biltong salad starter with mango, toasted nuts and a slightly too vinegary Vinaigrette, plus a slice of mielie bread, high on the baking soda flavour spectrum, was placed in front of us, not a word of acknowledgement about the lateness of the hour.

As anyone who'd been to supperclubs before would know, time is of the essence. Some people travel far for the event and the meal should, therefore, commence reasonably on time so they can also comfortably and without stress travel back home.

2.5 hours from confirmed start time i enquired with one of the hosts' helpers when the main course might be served. I was told that it might take another 5 or 10 mins and that we should top up our wine glasses. This happened a few more times. Then the host sat down, presumably having been alerted by her staff about us troublemakers. Well, she said, it takes a bit longer, she explained, as a bbq takes a while to cook. Well duh. We all looked at each other and at her, wondering if she was serious. Apparently she's done this before, surely she should know how long a bbq takes to set up and get going, and organise accordingly?...

Plonk! Being the outspoken one, the plate of food, when finally arrived, was demonstrably placed in front of me FIRST, because i MADE A FUSS. The food was tasty. A lamb chop, nicely marinated in warm spices, a coriander chicken skewer and a half sausage (really?), some basic potato salad (potato + mayo) and a good, sharp, garlicky bean salad. Tasty, but not much skill is generally required for this type of meal.

Then dessert arrived, relatively quickly - again, plonk! I got a pass-agg plateful BEFORE EVERYONE ELSE. This was a mint caramel tart, a South African popular pudding, which the host proudly announced was basically biscuits and cream. She didn't have to do anything, she said, it was purely an assembly job. Hmm. Not strictly a foodie experience then? She was also going to make a milk tart as advertised on the menu, she said, but simply didn't have time.

By this point one of us had to rush home as it was close to 11pm. the rest of us left shortly after. This was not a spectacular dining experience.